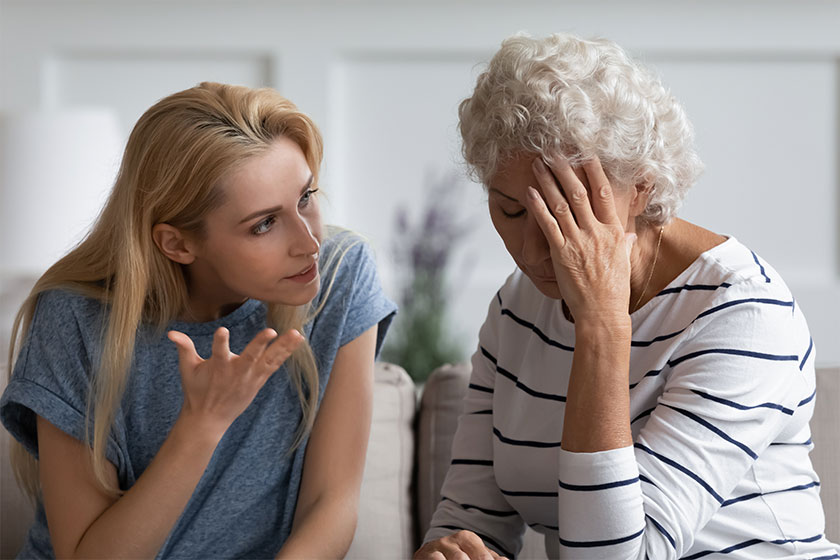 If your loved one has dementia, it may sometimes be frustrating and emotionally draining to communicate with them either because they don’t make sense, come off as inappropriate or uncomfortable, or they may say things that simply upset you. However, it’s important to always be patient with them and know that it is a result of dementia that they are behaving in this manner.

We’ve compiled a list of what you shouldn’t say to your loved one with dementia, and what you can say to them instead.

Instead, rather than disagreeing or arguing with them, you could just distract them by changing the subject and bringing their attention or focus to something else.

If they directly ask whether that loved one has passed away, sometimes it might be good to be truthful about it. It’s always good to try to assess their mental and emotional state before telling them the truth. In other cases, you could try to change the topic and divert their attention to something else. Alternatively, you could use other explanations or tell them that they’ll see them soon and then change the topic.

“I Already Told You…”

When communicating with a loved one that has dementia, it may sometimes be frustrating and a challenge since you might find yourself having to repeat things a lot, only for them to soon forget it and ask you the same thing again. Avoid telling them “I already told you…” as it may come across as hurtful to their self-esteem, especially when they are in a state of confusion.

Instead, be patient with them and repeat what you said earlier. Keep in mind that they’re not deliberately trying to be forgetful, it’s all part of their dementia.

Checking Out The Resort-Style Senior Apartments In Fort Worth, TX
June 21, 2022