Health Benefits Of Yoga And Meditation For Seniors 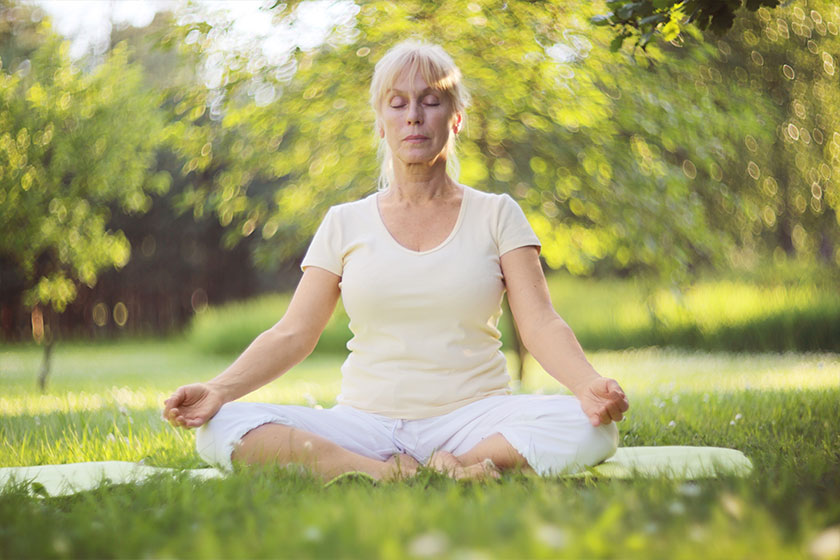 As we age, our musculoskeletal function also ages. As such, older adults have a lesser ability to issue motor commands, making them more prone to losing balance and falling over. This serves as a huge cause of concern, especially because older adults tend to have more brittle bones. As compared to teenagers and young adults, older adults that fall are known to be more likely to sustain serious injuries such as a broken wrist or hip.

When practicing yoga, one would regularly practice poses that require a focus on balance and stability. Not only does this strengthen the major muscles in the body, but it also engages muscles close to the core that are responsible for maintaining balance. As such, yoga is a great activity to combat the risk of falls in older adults. Even in the event of an unfortunate accident, practicing yoga would allow them to recover quicker due to their increased overall strength and balancing abilities.

One of the greatest benefits that come with meditation is mindfulness, something that is imperative to keep older adults sharp and focused. Mindful people are less likely to be at risk of memory-related conditions such as dementia and Alzheimer’s disease. Mindfulness will help older adults develop a sense of purpose and belonging, which makes them less likely to develop loneliness or depression – common issues in the elderly. Practicing mindfulness will also empower them to maintain a positive outlook on life and discourage negative thinking.

Memory decline is undeniably one of the most well-known and undesired side effects that come with aging. Based on several studies conducted on meditation and its effect on cognitive functions when it comes to aging, the journal Frontiers in Behavioral Neuroscience found that meditating has a positive effect on cognition, and even more so in the areas of memory, attention, cognitive flexibility, as well as verbal fluency.

If you are unsure of where to start practicing yoga and meditation, you may want to consider the Dimensions Health and Fitness program, which is directed at improving physical, mental, as well as spiritual health.

4 Reasons Why Touring A Senior Living Community In Estero, FL Is A Must
November 30, 2022

How Learning New Skills In Independent Living In Estero, FL Can Raise The Quality Of Your Life
November 25, 2022

What To Expect In A Regular Day In Independent Senior Living In Bonita Springs, FL
November 15, 2022

What’s The Worst Month For Hurricanes In Florida?
November 10, 2022