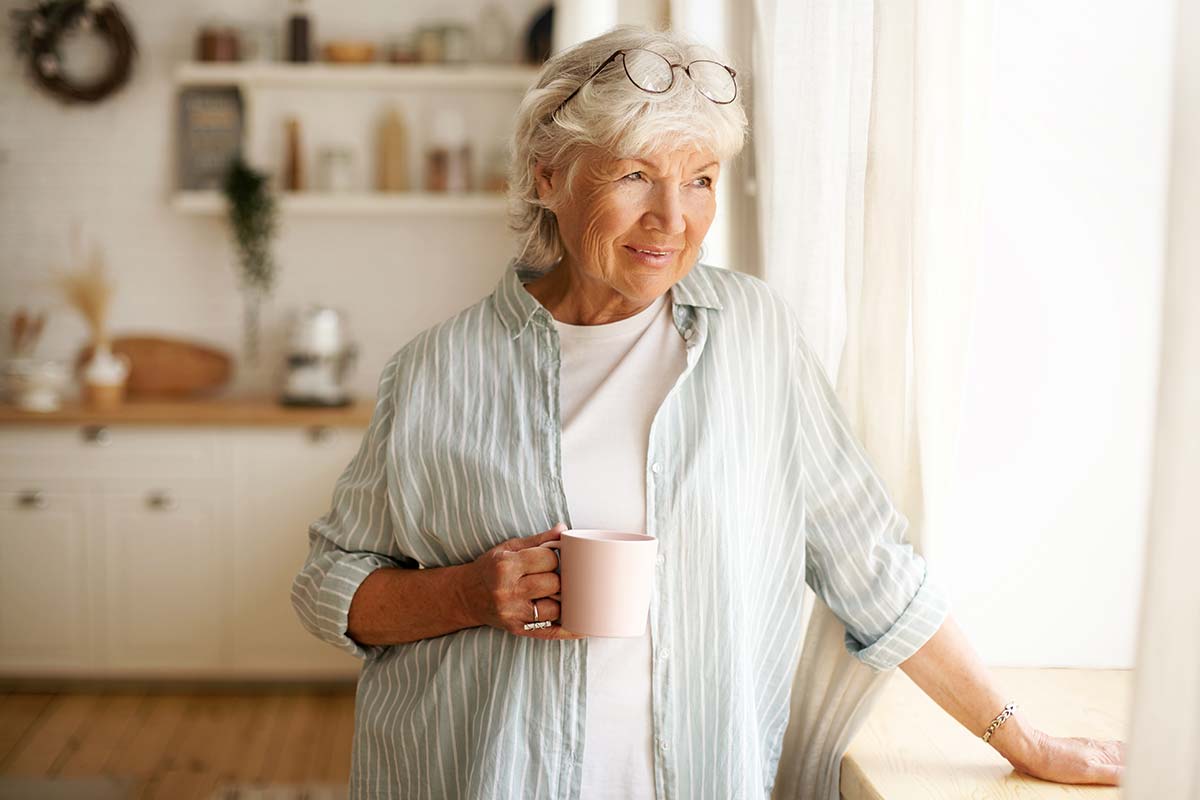 Senior Citizens no longer need to fear getting older or being alone.  At Discovery Villages, our supportive communities and luxury lifestyles give you the support you need to be your most vibrant self, so you can actively and joyfully engage again in the world around you. Come visit our senior living community today.

“Age is an issue of mind over matter. If you don’t mind, it doesn’t matter.”

For four decades renowned Ph.D. Social Psychologist and longest-serving Harvard Professor, Ellen Langer, has studied the mind and body connection in what she terms the Mind Body Unity Theory.  She is known as a significant leader for her work on Aging and Mindfulness.  She has concluded that mental attitude can improve and even reverse aging.  Let’s take a look at two of her studies on Aging:

In the early 1970s, Langer conducted her first study on aging.  She took two groups of older adults to nursing homes.  The participants in one group each received a plant that they were responsible for.  They took care of the plant and were encouraged to make decisions in regard to the plant. The other group of older adults were also given a plant but told that the staff at the nursing home would be responsible for its care.  Eighteen months later, she found that twice as many older adults were still alive in the group that cared for the plant versus the control group.

Langer concluded from her study that decision-making abilities and having something to care for can play a significant role in overall health and well being, especially if that care creates a change (in the case of a plant, animal, grandchild, etc.).

The Counter Clockwise study is Ellen Langer’s most influential work.  The original study took place in 1981.  The participants were older adult men in their late 70’s and early 80’s.  Langer measured the dexterity, grip strength, flexibility, hearing and vision, memory, and cognition of these men both before and after the study took place.

The study then sent one group of older adult men on a retreat for five days that was completely retrofitted to look as it did twenty years prior, in 1959. The men were to be fully immersed in living in 1959.  These Senior Citizen men were told to behave as if it were 1959; they were told to change their perception of time and to even speak about the past in present tense.  They discussed current events and pop culture of 1959. They dressed as they did in 1959.  Photographs of the men were even displayed from that previous time and even mirrors were prohibited on the retreat. The men that experienced the “1959” retreat dramatically outperformed the control group of the men that experienced a “regular” retreat.  The men who experienced the “1959” retreat saw improvements in their hearing, vision, strength, posture and cognitive processes.  Furthermore, Langer measured their appearance and noted that they even appeared somewhat younger to strangers after the retreat.  She concluded that since these men believed they were younger, their overall well being improved.  She also concluded that their health improved substantially because they were made to feel important again.

We are not defined by our Age

Langer’s studies suggest that when your mind thinks differently about aging, you have the ability to improve and enhance your quality of life.  Her work states that aging does not have to be undesirable or disappointing.  This does not mean that illnesses or setbacks will go away, which is part of being human.  Rather, what we choose to focus on can become a powerful antidote to living well.

Langer suggests a few Mindfulness Techniques in order to look on the bright side of life.

What better way to practice these Mindfulness Techniques than to get involved in a community like Discovery Villages? Come visit us today and see how your quality of life can be greatly enhanced.

Discovery Villages at Sandhill is a world-class senior living community with locations in South Carolina.  We offer a variety of living options for your needs, including Supervised Independent Living, Assisted Living and Memory Care.  To receive more information or schedule an appointment to experience our wonderful lifestyle, contact Discovery Village at Sandhill at 803.836.9545.

Enjoying the Best Free Things in Life as Seniors
June 12, 2020