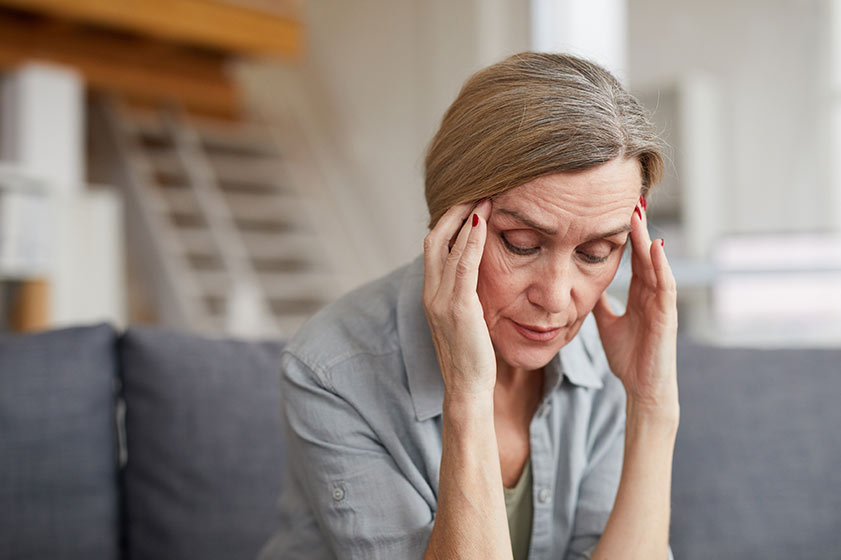 If you have an aging parent who lives alone, it’s important to be aware of the red flags that indicate that your parent should no longer live alone. According to the United States Census Bureau, nearly 4 million Americans over the age of 65 live alone and may need help with daily tasks like managing their medications or cooking a healthy meal. If your aging parent living alone is showing any of these signs, it’s time to make arrangements to move them into a safer living situation, and hopefully, one that offers more socializing opportunities as well. Here are some warning signs that your aging parent shouldn’t live alone.

Condition of The Home

This can be tough, but there are things you need to look for. Look around his or her home. Is it clean? Well-maintained? If not, these are signs that your aging parent may need more attention and assistance than you can give from far away. You should also speak with neighbors about how often they see your parent. If they say it’s been a while since they saw him, ask them to keep an eye on him when you’re not in town.

Trouble Driving Or Anxiety around Driving

According to a National Institutes of Health study, more than 28 percent of adults over 70 years old suffer from varying degrees of cognitive decline that could significantly impact their driving ability. Driving is more than just a way for you and your aging parent to get around. It’s also a symbol of their independence, self-reliance, and freedom. So, when that freedom is at risk because they cannot safely drive anymore, it can be difficult for them to make a change. And if they’re having trouble with driving but continue anyway, it puts themselves and others at risk for serious injuries or even death.

Neglecting personal hygiene can signal a loss of autonomy and an increased dependency on others. When we stop caring for ourselves, it’s usually because someone else is in charge. So, if your parents stop showering or changing clothes regularly, don’t ignore it. It may be time to consider assisted living as an option.

Clutter on The Floor

As people age, they tend to collect clutter, and sometimes that clutter piles up on their floors. Clutter can be dangerous for a number of reasons, including tripping over items and getting injured. When you notice that your parent has become less able to keep his house clean, it’s time to start making plans for his well-being.

Struggling to Talk on the Phone

It’s no secret to caregivers that aging can cause memory loss and a decrease in mental acuity. One of our most effective tips for caring for your aging parents is to talk with them about what is happening around them simply. This goes beyond asking what time it is or how they’re feeling, although these are important, too. It involves checking in and getting a feel for how they’re doing overall. That’s why this is a top warning sign your aging parent shouldn’t live alone if they are struggling to talk on the phone —especially if you notice your loved one making up answers, saying things that don’t make sense, or claiming someone else called him/her on your behalf.

A recent study found that older adults who experienced memory problems were three times more likely to develop mild cognitive impairment, a condition linked to increased risk of dementia. While there is no way of predicting whether or not your aging parent will get Alzheimer’s disease, there are some warning signs you can look out for that may indicate they need extra help. But also note that bad memory isn’t always permanent. Sometimes forgetfulness due to old age is temporary and doesn’t have anything to do with dementia. Sometimes an older person might simply have too much on their plate, like trying to balance work, home, and social commitments, which means that your aging parent might just be forgetting simple things like paying bills or taking medications on time.

Hurricane In Fort Myers, FL: What Seniors Shouldn’t Do
November 20, 2022

Assisted Living Vs. Memory Care In Drakes Branch, FL: Which Is Best For Your Loved One?
September 19, 2022

The Amazing Benefits Of Moving To Independent Living Communities
May 26, 2022

Starting A Conversation About Independent Living With Your Parents
May 26, 2022
Discovery Village Senior Living Options
Go to Top
Reveal Pricing
Schedule a Tour
Contact Us