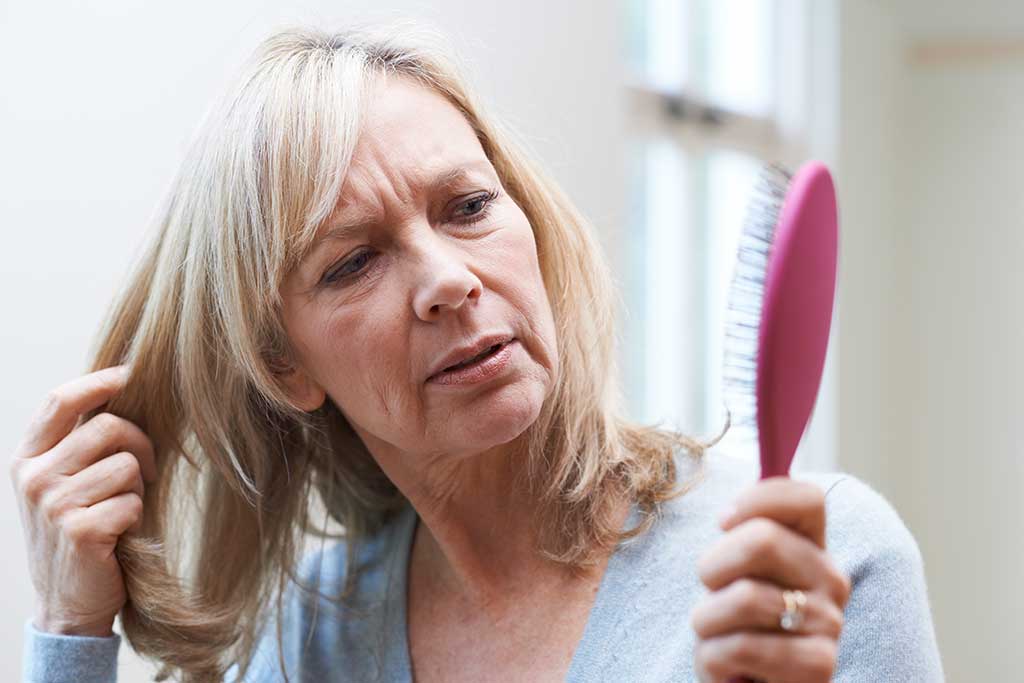 The golden age is a time of reflection, growth, and change. For some, this means new experiences at your new home in a retirement community of your choice; for others, it may mean new opportunities. However, for many people, it also means new hair loss. Theories abound about why hair loss commonly occurs in this phase of life, from genetics to hormonal changes to simply getting older. Regardless of the cause, there are ways to combat hair loss and maintain a youthful appearance.

The following are some of the most common causes of hair loss in older adults.

Androgens: This includes testosterone, which women naturally produce at high levels during middle age and menopause. Testosterone regulates the growth of hair follicles, so when levels increase, so does the tendency for hair to fall out.

Cortisol: Cortisol is released by the adrenal gland during stress or anxiety, which can lead to thinning hair and even baldness. Excessive cortisol production can also damage the scalp and lead to hair loss.

Balding: Balding is a common problem among older adults, and it can lead to hair loss. The root cause of baldness is usually genetics, but other factors can also contribute. In women, balding often occurs around the edges of the head and on the crown. In men, balding usually occurs on the top and along the sides of the head.

Insulin Resistance: Insulin resistance is a condition in which the body’s cells do not respond as well to insulin, a hormone that helps the body use glucose for energy. As a result, blood sugar levels become elevated and can lead to health problems such as obesity, heart disease, and type 2 diabetes. In older adults, insulin resistance is also associated with hair loss. Studies have shown that people with insulin resistance are more likely to experience thinning hair on the scalp (and elsewhere on the body). They are also at an increased risk of developing hair loss due to other conditions such as thyroid disorders or polycystic ovary syndrome (PCOS). By recognizing the signs and symptoms of insulin resistance and treating them appropriately, you can help prevent hair loss in older women and men.

Iron Deficiency: Iron is necessary for producing red blood cells and other proteins in the body. It can also help to carry oxygen to your tissues. If you are deficient in iron, your body will not be able to produce enough hair, skin, and blood cells. Iron deficiency is most commonly caused by insufficient dietary intake or inadequate iron absorption from food. Women are more prone to develop iron deficiency because they generally require more iron than men. The most common symptoms of iron deficiency include fatigue, anemia, and difficulty breathing. If left untreated, iron deficiency can lead to serious health problems such as heart disease, stroke, and poor mental health.

Hypothyroidism: The thyroid gland is responsible for manufacturing thyroxine, a hormone that helps regulate the body’s metabolism. When the thyroid gland isn’t working properly, the body doesn’t produce enough thyroxine, which can lead to hair loss. There are a number of things that can cause hypothyroidism, including autoimmune disorders, Grave’s disease, radiation therapy, and cancers. If you’re experiencing hair loss and you think it might be due to your condition, talk to your doctor about what you can do to improve your health.

Poor Diet: Poor diet is associated with numerous health problems, including hair loss. A study published in the Journal of Investigative Dermatology found that overweight and obese patients who had poor diets were more likely to experience hair loss than those who maintained a healthy weight. Using a standard questionnaire, the study participants were asked to report their body mass index (BMI), waist circumference, and percent body fat. Poor diet was also associated with increased inflammation and oxidative stress in the scalp. Damage to the scalp caused by inflammation or oxidative stress can lead to hair loss.