What Seniors Need to Know About The Flu Shot 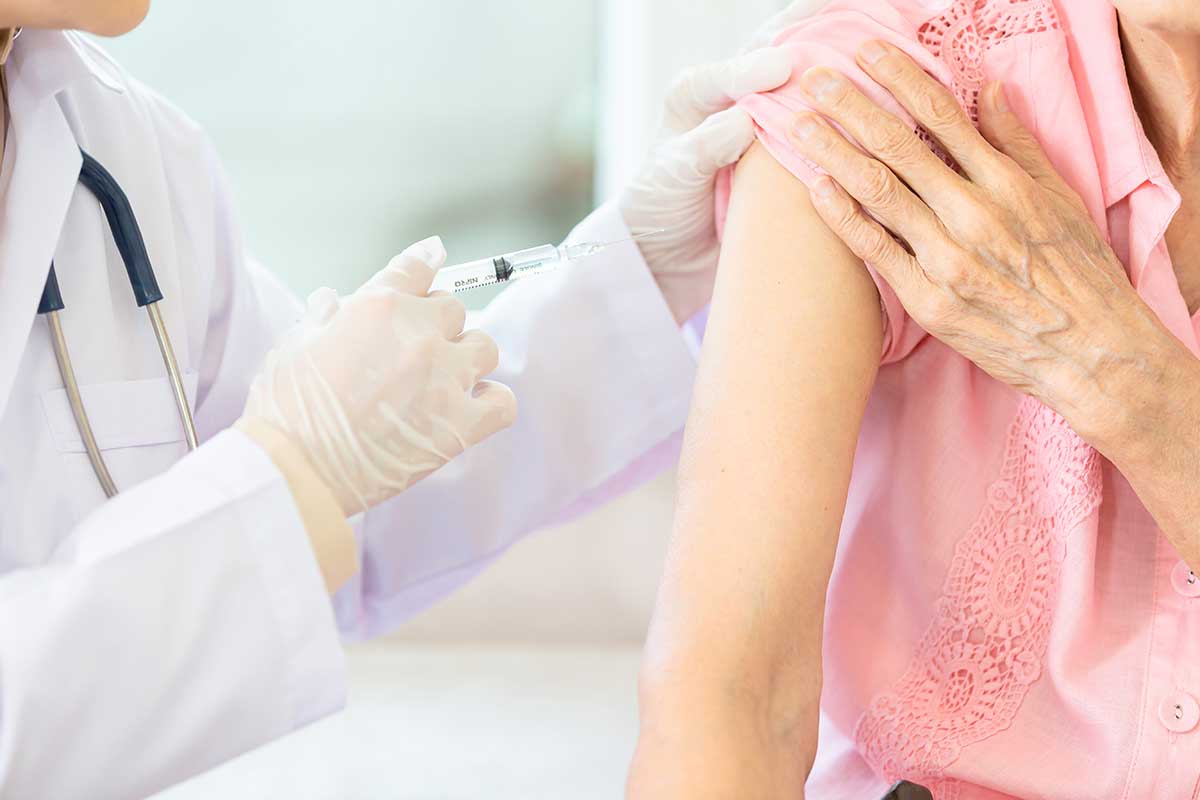 For most people, the pros and cons of getting a flu shot lean heavily toward the pro.  And if you’ve ever been hit by The Flu, you know exactly what I’m talking about.  It’s not anything you want to get again.

Typically, the flu hits somewhere between five and 20% of Americans each year.  But last year was an especially hard-hitting season for influenza all across the country.  No matter how hard the scientists try – and epidemiologists do work really hard for months  – it’s difficult to predict exactly what the strain will be like each year.  And knowing – or guessing – the correct components is the key to making an effective flu vaccine.

That was the problem last season.  According to the National Institute of Health, flu viruses change and evolve.  So even knowing a lot about last year’s virus isn’t enough.  The vaccine that’s created each season is based on that information, but the mutations that present themselves are what evade immunity and make people – even those that got their flu shots – sick.

So that brings us to one of the most common questions that pop up each year about the flu shot.  Why bother to get one if it isn’t going to work?  Well, consider this:  more than 200,000 people who get the flu, will end up in the hospital with complications from the flu.  And every year, somewhere between 3,000 and 49,000 people die from this virus – with a whopping 80-90 percent of them being seniors over 65.  Doctors and researchers all agree – getting a flu shot annually may prevent you getting the flu entirely and at worst, it can make your case of the flu shorter or less severe.  The consensus by the experts?  Get one.

And just to be clear, we’re not talking about the 24-hour-vomiting-and-diarrhea bug that people often think of as the “stomach flu.”   (That’s a whole other topic!)  First of all, that’s not really “the flu” at all.  And secondly, no shot can help you with that one!  What scientists commonly refer to as “the flu” is an influenza virus marked by fever, chills, aches, coughing and breathing difficulties.  It doesn’t usually affect your digestive system, but it often leads to lack of appetite.  The flu typically lasts a week to 10 days.

Besides the fact that the flu is basically no fun at all, what else do you need to know?  Take a look.

Who is most apt to get the flu?  The answer is children, older adults and anyone with a compromised immune system.  So anything you can do to improve your chances of avoiding the flu is worth doing.

Who should get a flu shot?  The CDC recommends that (almost) everyone over six months should get one.  Certain groups such as kids under five, adults over 65, pregnant women and anyone living in a senior living community – especially skilled nursing care — are more susceptible to getting the virus.  And those with chronic medical conditions – such as asthma, chronic lung disease, liver or kidney conditions, heart disease, diabetes or autoimmune diseases — are at a higher risk of complications so it’s important that they get vaccinated as well.

Who shouldn’t get a flu shot?  Infants younger than six months and people with allergies to the flu shot or one of the ingredients, such as gelatin, eggs and antibiotics.

When should you talk to your doctor about getting a shot?  Anyone with one of the allergies mentioned above, people who have ever had Guillain-Barre Syndrome and anyone who is feeling sick at the time of their scheduled shot, should discuss it with their physician before getting the vaccine.

Can I get the flu from the flu shot?  Absolutely not.  There is no live virus in the vaccine.

What about side effects?  You might feel soreness or swelling in the arm where you got the shot and less commonly, some people will get a low-grade fever or aches that are mild and last only a short time.

How early in the season is too early to get the shot?  Some people incorrectly believe that the flu shot will only last a few months and that they should wait until November or later to get their shot or else it will “wear off.”  Not true, according to experts at the CDC.  They recommend getting the shot as soon as it becomes available – usually in late September or October.  This year, the vaccine is already ready.  It will take a couple weeks for antibodies to develop and protect you from the virus.

How long will it last?  It may depend on how your immune system reacts to the vaccine, but the shot should last the entire season (generally through May).  The only reason you need to get re-vaccinated the next year is due to the mutations in the flu strain – not because last year’s shot “wore off.”

What’s the cost?  The fee may vary from place to place but it generally runs about $35.  It’s important to note that Medicare and most private health insurance generally cover the cost of the shot, making it free to most seniors.

Where can I get one?  This one is easy!  These days, you can get a flu shot in a lot of places including  your doctor’s office, drugstore, grocery store, your local senior center, or where you work.  Most senior living communities, such as Discovery Village, recognize that their residents fall into the age group that is most often at risk — and realize the importance of preventing the spread of the virus.

For that reason, Discovery Village’s professional health and wellness staff is pleased to offer shots for all residents of their independent living apartments, assisted living and memory care communities.  This is especially important for the latter two groups who may find it harder to get to another provider offsite.  Of course, anyone who needs or feels more comfortable seeing their own doctor, can get a ride through the community’s regularly scheduled transportation.

Discovery Village At West End offers a variety of senior living programs to keep seniors healthy and active. Learn about our senior living options and amenities today when you contact us at 804.716.3463.

5 Productive Things You Can Do In Retirement
January 7, 2022
At What Point Should We Consider Getting Private Duty Care?
March 1, 2021

Keeping the Promise to Grow Old Together
January 25, 2021

Prevention and Management of Osteoporosis
September 14, 2020