A Guide To Dementia: The Types And Symptoms 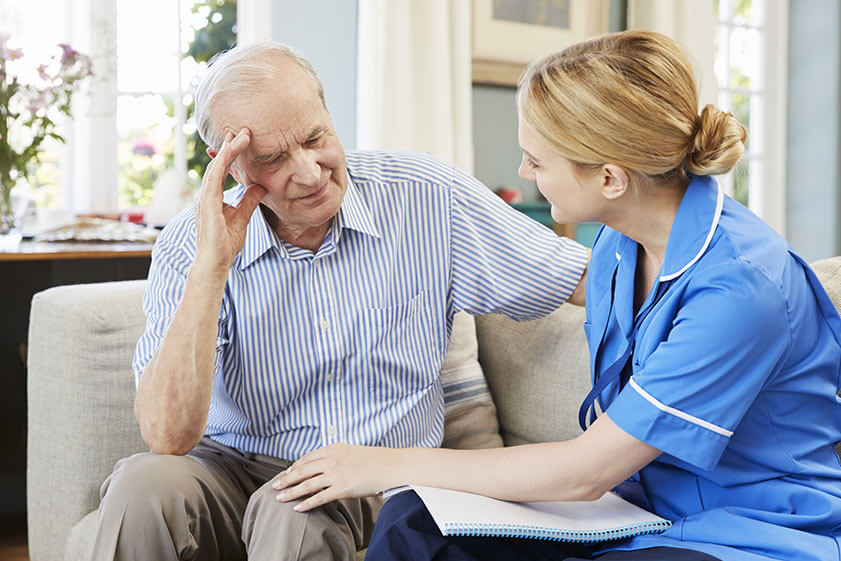 When we hear dementia, the first condition that pops into our mind is probably Alzheimer’s. It is the most well-known and common degenerative brain disease. However, it’s not the only one. Dementia is an overarching term for the range of diseases that shows symptoms of memory loss, mood shift, cognitive decline, and other cognitive issues that affects one’s ability to live normally. Identifying which type of dementia your loved one has early on can tremendously help with the caring and treatment for their condition. You can make lifestyle changes and critical decisions about their healthcare which will slow the rate of cognitive decline. Read on to learn more about the different types and symptoms of dementia.

The most common type of dementia, Alzheimer’s occurs when plaques and tangles form in the brain, destroying brain cells and connections between them. The main identifier of Alzheimer’s is the steady progression of symptoms which largely center around memory. In the early stages, one will forget things easily, be unable to retain new information, or repeat the same things over.

This is the second most common cause of dementia. It occurs when blood flow to the brain is cut off, causing neurons to be deprived of oxygen and eventually killing them off. Vascular dementia often develops after a major stroke or any complications related to high blood pressure, diabetes, or heart disease. Early symptoms include the inability to pay attention, poor judgment, difficulties with communication, and emotional instability. Unlike Alzheimer’s the symptoms of vascular dementia may appear suddenly.

Unlike most dementia, normal pressure hydrocephalus is treatable. It occurs when physical head trauma or infection causes excess cerebrospinal fluid to collect in the brain’s ventricles, which is a network of cavities. When the ventricles enlarge, they can affect the nearby brain tissue. There are three main symptoms— difficulty with balance and movement, cognitive issues apparent in other forms of dementia, and incontinence. These symptoms may appear together or at different stages. normal pressure hydrocephalus can be treated by draining the excess fluid from the brain.

This is a brain disease that is caused by the deficiency of vitamin B1 and is associated with severe weight loss and long-term alcoholism. People with Wernicke-Korsakoff syndrome suffer from the symptoms of memory loss, problems with voluntary movement, vision issues, disorientation, and lack of concentration. It is also differentiated by the symptom of confabulation whereby patients would make up false memories to fill in the gaps when they cannot recall.

What If Your Loved One Wants To Bring Their Car To Assisted Living In Florida?
October 24, 2022

Tips For Transitioning Your Aging Loved One To Dementia Care Near Indialantic, FL
October 21, 2022