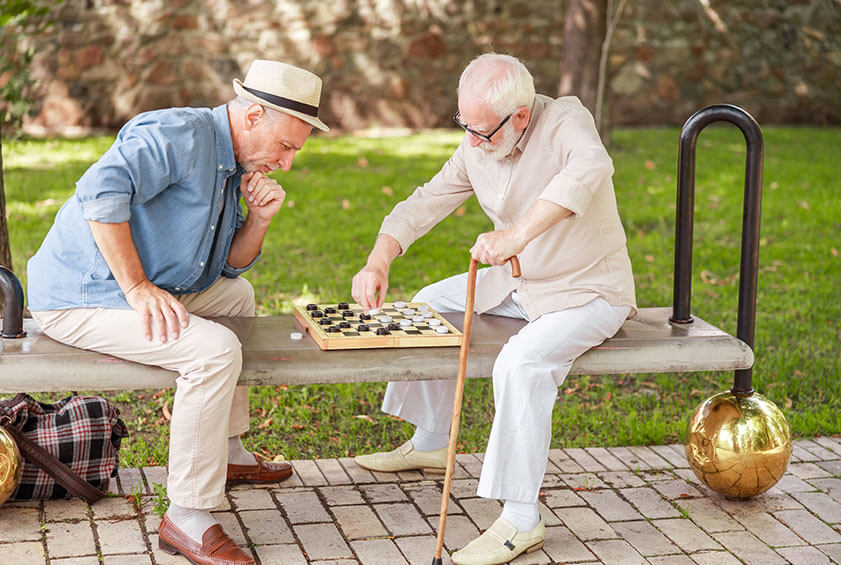 Brain games? Aren’t those childish games that are just meant to keep our kids occupied whilst having breakfast? Why should I be playing sudoku when I clearly have more important things to be doing? Well, in this article we want to challenge your notions of brain games and make the case that playing brain games may be the best thing you can be doing to keep your mind active and healthy. Read on to find out more!

When we’re feeling lonely or inactive, our brains may start to suffer and make us feel even more worse off. Consider how little we use our brains after retiring, especially if we don’t have any long-term projects to focus on. Not actively challenging our minds especially after a lifetime of hard work may be uncomfortable for most. In this way, brain games are a great way of promoting mental health and keeping our brain cells active and ready. Some research has shown that playing brain games can improve memory function and reduce the risk of developing dementia. After knowing all that, why wouldn’t you want to find out more about brain games for seniors?

Chess is an ancient game dating back to the 7th century. It’s highly popular and played by people all over the world and playing chess can be as simple as downloading a free app on your mobile phone. Chess promotes tactical thinking and pattern recognition, as there are many opening moves to master and puzzles to solve whilst playing. In fact, many chess players enjoy stimulating their minds and improving their games by playing chess puzzles, which are pre-set chess conditions where you are expected to make the best or most tactically sound move.

Sudoku is a logic-based game where players are expected to solve problems and spot patterns. It’s a math-based game but it doesn’t require any complex mathematical knowledge of formulas or theories. Just a simple pen and paper and the ability to add up numbers in your head. As sudoku doesn’t involve any complex set-up or even any partners to play with (though some variants of sudoku have you working together with other people), you can play it literally anywhere!

If you have the time and space, like an empty table or space on the floor, you may consider giving jigsaw puzzles a go. And no, we’re not suggesting those 9-piece ABC puzzles you give your toddler nephew, there are plenty of jigsaw puzzles designed for adults with an almost infinite range of complexity. Jigsaws are simple, but they also encourage focus and can be quite relaxing for most.

Be Mentally Stimulated at Discovery Village At Southlake

At Discovery Village At Southlake, we pride ourselves on having a carefully curated and updated calendar full of fun and exciting activities for our residents to enjoy. Our goal is to allow them to feel both physically and mentally stimulated. We run a range of activities, from exercise programs, to cooking classes, to social games, and movie screenings. There’s something for everyone at Discovery Village At Southlake, so come check us out and see what we have to offer!

Safety Tips For Seniors Who Live At Home
January 21, 2022

How Parkinson’s Disease And Depression Are Connected
January 20, 2022

Pneumonia in the Elderly Explained: Symptoms and Recovery Tips
January 18, 2022