How Depression And Memory Loss Are Linked 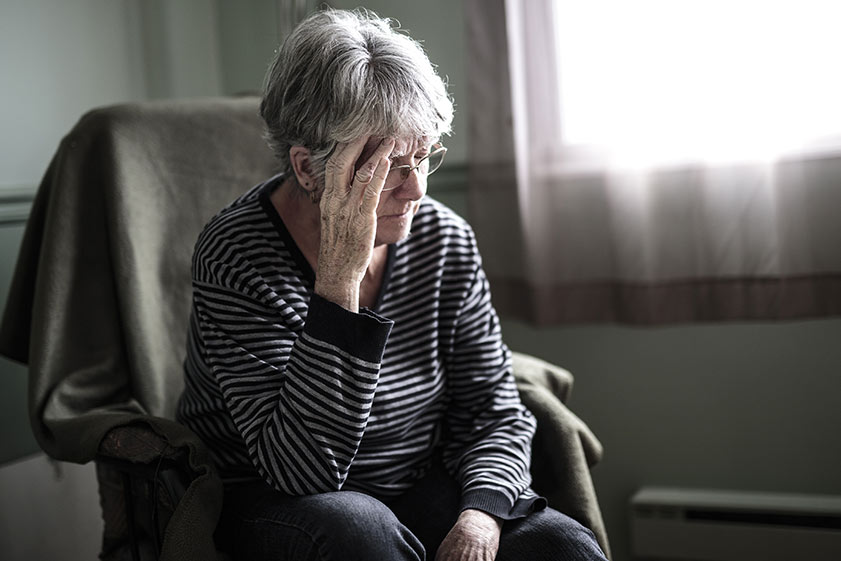 Feeling the blues every so often is normal and just another part of life. However, you or your loved one might have depression if those feelings last for weeks or months. Depression is a mental disorder that affects your mood and mind. With social isolation and the decrease of outdoor activities, it is becoming an increasingly common problem among aging adults. Those with depression have reported to have memory issues which may suggest that memory loss is a possible symptom of depression. Read on to learn how depression and memory loss are linked.

Depression may affect short-term memory. This is because those with severe depression tend to do little in the day and overgeneralize their memories, causing a blur and difficulty to distinguish the days from each other. They also struggle with executive function, the skills which aid people in paying attention, focusing on tasks, and self-monitoring their behavior. Some studies have found that depression affects memory long after treatment. Those with a history of depression tend to have a negative outlook on life and remember negative events more than those who have never experienced depression.

There may also be an association between depression and dementia. Caregivers and sometimes even doctors may identify the symptoms of depression in older adults mistakenly as dementia. However, a study conducted in 2010 has shown that this may actually be a correct diagnosis. In many cases, the cognitive issues that older adults are struggling with during depression could be early signs of dementia and other cognitive-related illnesses. Both depression and dementia patients also have lower gray matter volume than normal which suggests that they both have similar physical effects on the brain and share similar symptoms.

Antidepressants are crucial for combating depression, but also come with many unpleasant side effects. Tricyclic antidepressants such as amoxapine, desipramine, and nortriptyline are designed to level brain chemicals and ease depressive symptoms. However, they may also increase the risk of memory problems in some people. One of the most commonly prescribed antidepressants, selective serotonin reuptake inhibitors, can also affect memory despite being considered safer than other types of antidepressants. Those that take selective serotonin reuptake inhibitors experienced decreased memory function within 8 weeks of starting treatment. It is unclear if this decline persists or improves if the body has adjusted to the medication.

A long-term study of children into adulthood by the National Child Development Study has found that those who suffer from dementia early in their lives tend to have poorer memory skills when they reach 50. Scientists have hypothesized that this may be due to the fact that depression slows down the creation of nerve cells. These nerve cells are especially important during the formative years of teenagers and young adults. With lesser nerve cells being created, it makes it difficult for them to form or access new memories once their brains have stabilized in adulthood. This can be worsened by the effects of cognitive decline in aging. However, scientists are still researching to confirm the link between early depression and memory loss during aging.

Touring An Assisted Living Community? Here Are Some Useful Tips
May 20, 2022

How To Manage Family Conflicts About Your Elderly Parent’s Care Planning
May 17, 2022

5 Tips For Helping Your Elderly Parents Maintain Their Dignity
May 14, 2022

Healthy Weight Gain Tips In Your Golden Years
May 10, 2022

Healthy Habits That Can Improve Your Retirement Life
May 7, 2022

A Guide To Taking Care Of Your Elderly Mom With Alzheimer’s Disease
May 4, 2022