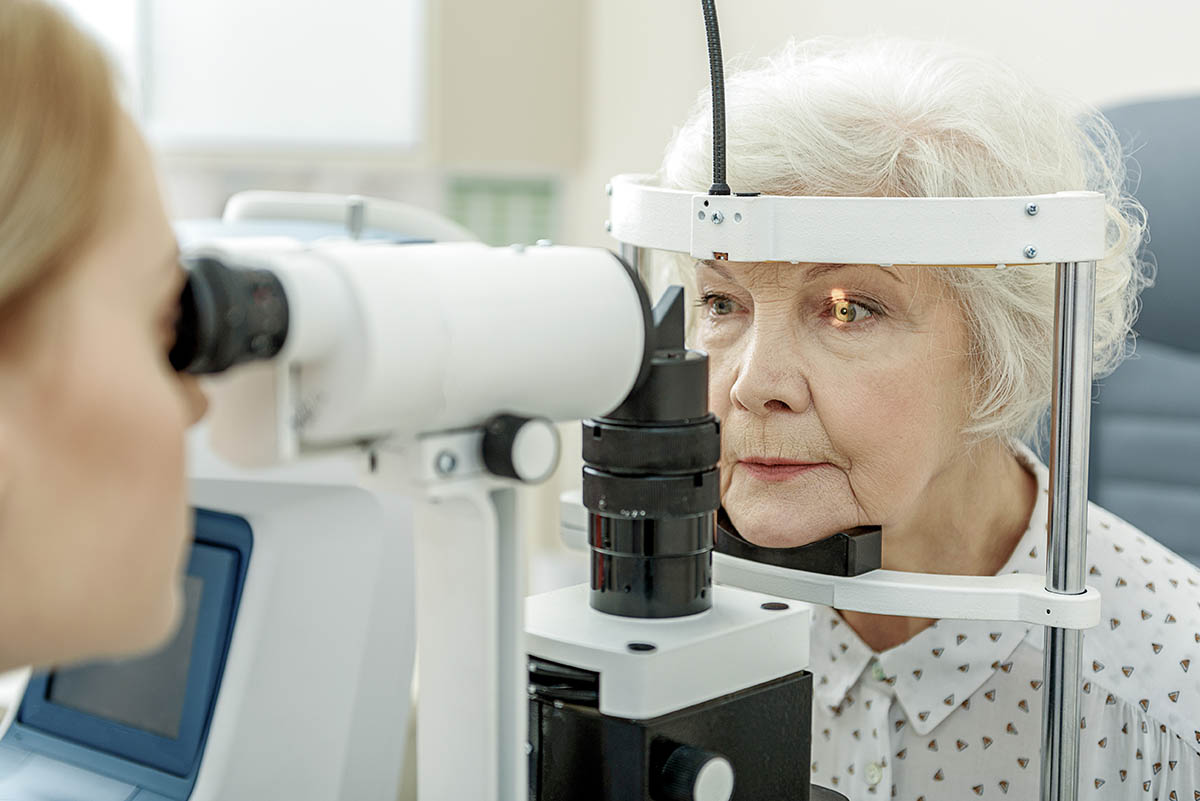 Cataracts are a common condition of the senior population. As we age, the proteins in our eyes start to clump together making vision cloudy. Statistics show that it is estimated that over 20 million Americans over the age of 40 suffer from cataracts and that 50 percent of Americans over 80 have cataracts (Statistic Brain, 2015).

Before discussing the signs to look for, it is worth mentioning the causes of cataracts. Specifically, Texas seniors most often develop cataracts with age or an injury that changes the tissue making up the lens of the eye. Additionally, seniors may be more susceptible to cataracts as the result of inherited eye disorders, and other eye and medical conditions or trauma to the eye.

Since cataracts are so prevalent with seniors it helps to know the signs and symptoms so that an ophthalmologist may be consulted to test the condition.

Cloudy vision is a predominant symptom of cataracts. As previously stated, the protein in the lens can clump together and make vision seem cloudy or blurry. It starts very slightly and gets worth as time progresses. Once cataracts are more prevalent, the cloudiness can be seen with the naked eye.

With cataracts, poor night vision is a common symptom making driving at night a bit of a problem. This comes as the condition worsens and the cataracts grow darker with a brownish-yellow tinge to them.

There is nothing worse than a driver coming towards you with their bright lights on. That moment is something that most drivers experience. For seniors with cataracts, the reflection is often much worse causing halos. Halos are rings that seem to appear when this happens and are a common occurrence with poor night vision.

When seniors have cataracts, they tend to have to change their prescription more often. They are under the impression that their vision is worsening and it is but not for the usual reasons, instead, because of cataracts.

When seniors start wearing stronger glasses or use magnifying glasses to read the paper, more than likely they have cataracts. Until the issue progresses, using a magnifying glass may be enough. Eventually, a more aggressive approach is often needed and very easy to handle. Surgery is the most effective way to remove cataracts; it is done by removing the lens where the cataracts have formed and replaced with a clear, plastic lens. The best part about this procedure is that nine out of 10 patients who have cataract surgery end up with near perfect vision.

Rather than treat cataracts with surgery, prevention is probably preferable for most anyone. Unfortunately there is no proven way to prevent cataracts but there are things that may help alleviate the condition. Some of them include:

A healthy diet is at the top of the list on many health conditions and there is a reason. By cutting out as much processed food as possible and sticking to fresh, whole foods that nourish the body, many chronic conditions seem to be avoided. Foods rich in Vitamin C and E are believed to help reduce the risk of getting cataracts as well as those with lutein and other anti-oxidants (beet greens, winter squash, carrots, various lettuces, and more).

As seniors age, it is imperative to get regular eye check-ups so that doctors can detect cataracts and other eye issues as they begin to develop rather than once they have advanced.

Keep eyes shaded by wearing sunglasses when outside. Quality sunglasses with polarization are best to block the damaging rays that may make cataracts worse.

Stay on Top of Health Issues

Another way to help prevent cataracts is to stay on top of health issues. When physical issues are not attended to by a physician, they grow into more serious conditions.

Vitamins, especially those high in antioxidants, have been proven to be significantly reduce the risk of developing of cataracts. Additionally, lutein and zeaxanthin have also been shown to lower the risk of getting cataracts. There are vitamin supplements specially designed for eye health.

People are urged to visit their doctors if they experience any of the symptoms or signs so that you can get a correct diagnosis. It is always better to get a diagnosis early rather than later.

Discovery Village at Sugarloaf offers a variety of senior living programs to keep seniors healthy and active. Learn about our senior living options and amenities today when you contact us at 770.884.7686.