Keeping the Promise to Grow Old Together 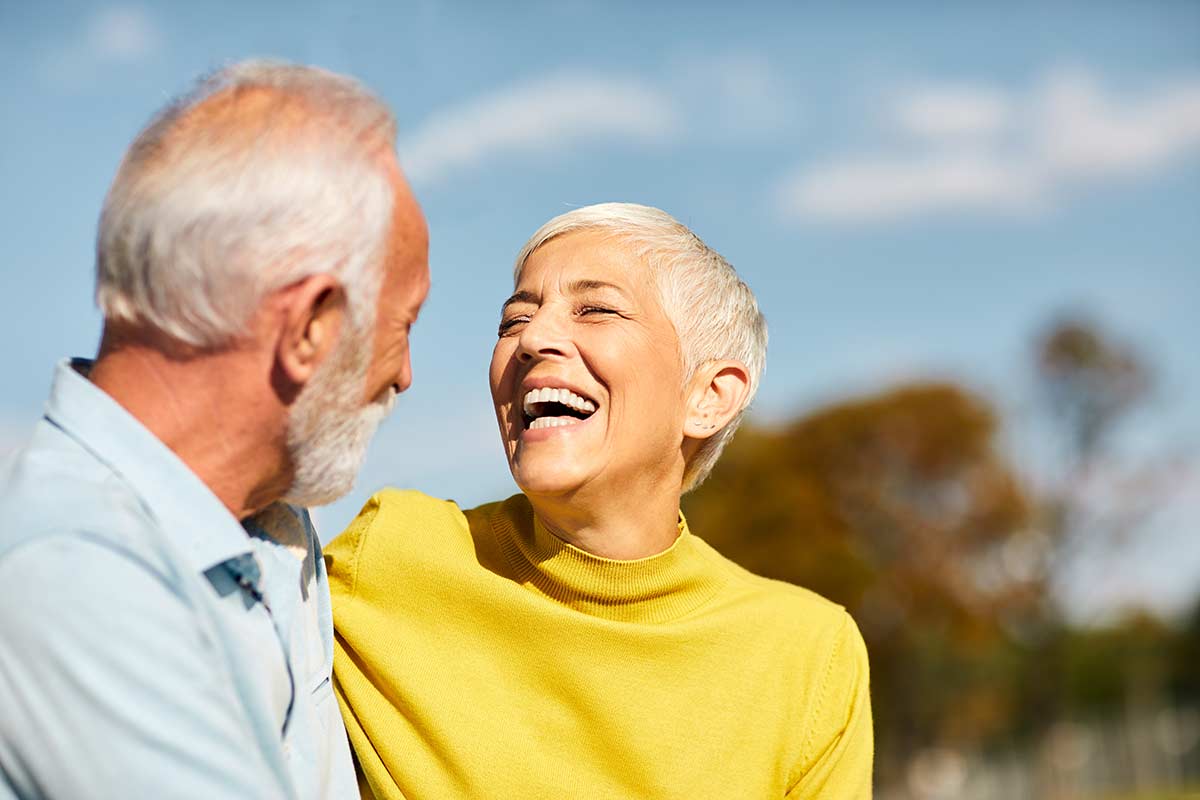 Years ago before my grandmother was diagnosed with Alzheimer’s, she became very forgetful about the little things.  It was not very noticeable – just sometimes a little unsettling not to mention annoying because we had to repeat everything over and over again.

My grandfather placed post-it notes everywhere telling her where he was, when he would be back and how to call my mom (we lived about two miles from them).  That seemed to work for a few years but as time went on, the issue became more than a little forgetfulness. She did not know who people were, where she was and, after some time, how old she was. In her mind, Pops became her father. It was very sad to watch her mind deteriorate but at the same time, it was very hard on everyone because she could not be left alone.

Over time, it was very challenging to care for her as she became more belligerent and so difficult to handle. My parents had several conversations with my grandfather about placing my grandmother in a senior living and care community, but they promised each other when she was still healthy that they would never do that and would stay together, and he still had every intention of living up to his end of the bargain. And so he did, right up until her death many years later and over 60 years after they were first married.

The levels of care at senior living communities vary from the simple convenience of having the ability to live independently (what we call Independent Living) to much more supervised care for those who need help with their day-to-day routine.  Taking it one step further, many also have the capabilities to care for those who suffer from chronic conditions like Alzheimer’s and dementia and must have the attention to ensure their safety as well as therapies to keep them energetic and their minds active.

One of the most appealing benefits of living in a senior living community is that couples who wish to remain together may do so no matter the level of care.  Whether the needs are minimal and the goal is to make life a little easier and safer or more assistance is needed to help with daily regimen of hygiene and moving around, senior living communities offer the best of both worlds.

In the couple of years before my grandmother finally passed away from pneumonia, my grandfather had round-the-clock care for her because it was a lot for him to handle and he was limited in what he could do. After all, he was well over 80 years old. The cost of the in-home care was staggering.

When I look back at the later years of their lives, I think about how hard it was for my grandfather. My mom says she thinks he actually was happy because for the first time in their married life, she had to do what he wanted her to do instead of the other way around! But if senior living communities had existed then as they do now, he could have been more relaxed and had the assistance he needed without having to give up their privacy by having a nurse in their home all the time.

For the most part, couples who reside in senior living communities have been married for many years–perhaps 50 or more–so they want to be together because they function better with one another…especially the men.

Even with my grandmother’s deteriorated mind and constant care, my grandfather was happier and more settled when he was with her.  And, she may not have known that he was specifically her husband, but she knew she needed to be with him and was very upset when he was not with her.

As our parents grow older, they are very fortunate to have senior living communities at their fingertips to make it easier to live together until the end. The key is to find the best one to suit their needs and to do it before they hit the point that it is the only option.

Discovery Village At West End offers a variety of senior living programs to keep seniors healthy and active. Learn about our senior living options and amenities today when you contact us at 804.716.3463.

Why Moving To Senior Living Communities In Chester, VA Earlier Is Better
October 30, 2022

What To Do When Your Parent Refuses To Move To Senior Living In Quantico, VA
October 27, 2022

Finding New Purpose of Life in Your 60s: How Senior Care in Mechanicsville, VA Can Help
October 18, 2022