The Common Types Of Dementia in Seniors 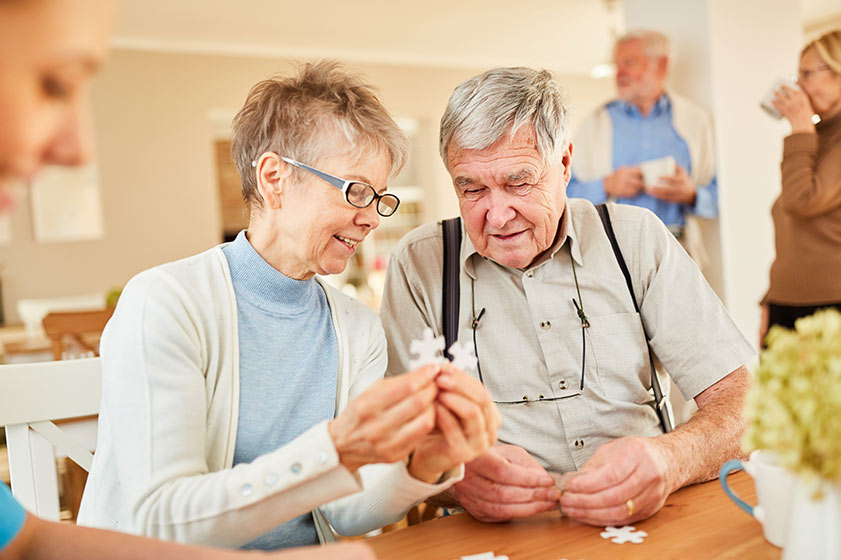 What Is dementia? Dementia is the name given to chronic illnesses that affect the brain, including Alzheimer’s disease, vascular dementia, and frontotemporal dementia, the most common types of dementia in aging family members. With these diseases, memory loss gradually worsens over time, and brain function diminishes. By the end of this article, you’ll be able to recognize the common types of dementia in seniors and learn more about them.

Alzheimer’s disease accounts for about 60 to 80 percent of all dementia cases in aging family members. As its name suggests, Alzheimer’s is characterized by memory loss, often early on in its development. The symptoms worsen over time and can include confusion, disorientation, difficulty speaking, and behavior problems. An estimated 5 million Americans have Alzheimer’s today. While there is no cure for Alzheimer’s at present, many treatments may slow its progression or ease symptoms in some individuals.

In vascular dementia, patients experience a progressive decline in memory and other cognitive abilities. Brain cells begin to die, causing a drop in mental function that leads to an overall decline in physical health. Vascular dementia is also known as multi-infarct dementia or Binswanger’s disease. Vascular dementia occurs when too much plaque builds up in arteries throughout your body.

Pick’s disease causes areas of your brain to atrophy, shrinking and breaking up into irregular-shaped pieces. It occurs in one area of your brain at a time. If you have Pick’s disease, you may lose your ability to recognize faces and experience personality changes. Language difficulties can also occur as a result of Pick’s disease. But those with Pick’s will typically not experience any trouble walking or moving around before onset.

Parkinson’s is a chronic neurodegenerative disease that affects an estimated 1.5 million people in the U.S., according to Parkinson’s Disease Foundation. The degeneration of specific brain cells (neurons) results in symptoms like tremors, rigidity, and difficulty walking, but it can also lead to cognitive decline like memory loss.

The symptoms of dementia with Lewy bodies (DLB) are similar to Alzheimer’s, but they can also include Parkinson-like tremors and hallucinations. DLB affects an estimated 1.4 million Americans over age 50 and is associated with a 10-year loss of functioning as severe as that caused by Parkinson’s disease or moderate Alzheimer’s disease. Affecting nearly twice as many women as men, DLB usually becomes apparent after age 60. Symptoms develop slowly over months or years, and people with DLB generally live eight to 10 years after symptoms appear. However, a few people have been known to live 20 years or more before dying from complications related to their condition.

Huntington’s disease is an inherited brain disorder that causes specific nerve cells in your brain to deteriorate over time. The condition is degenerative, which means it gets worse over time. Huntington’s typically starts between age 30 and 50, but it can also begin in childhood or later in life. Huntington’s is usually passed down through families, although not always. Estimates vary, but approximately 1 to 3 out of every 10,000 people have Huntington’s disease; 5 million people worldwide are believed to be affected by it.

Safety Tips For Seniors Who Live At Home
January 21, 2022

Pneumonia in the Elderly Explained: Symptoms and Recovery Tips
January 18, 2022