What Benefits Does Playing Chess Have For Seniors? 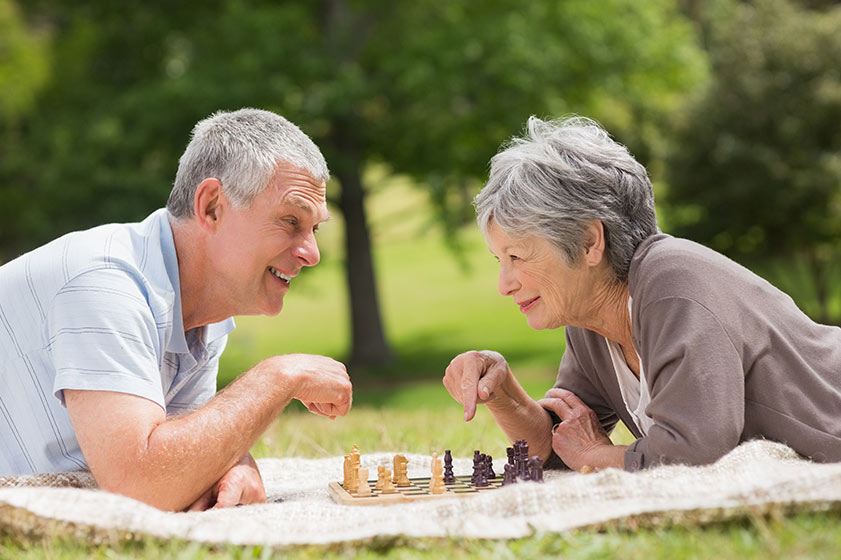 It’s no secret that chess can be a fun and entertaining hobby, but did you know that playing chess can also benefit your health? There are numerous benefits of playing chess for the elderly, in particular. In this article, we’ll talk about significant benefits of playing chess – the competitive aspect, the ability to strategize with others, and the social engagement – as well as two side benefits – physical activity and mental stimulation – that you might not have considered. Let’s get started!

According to the American Psychological Association, chess has been shown to improve cognitive function, memory, and analytical skills while decreasing anxiety and depression in aging adults. One study conducted over eight years showed that people who play chess are 55% less likely to develop Alzheimer’s disease than those who don’t, according to researchers at Albert Einstein College of Medicine in New York City.

The Game Can Improve Cognition

There’s plenty of anecdotal evidence to suggest that playing chess can improve cognitive abilities. Chess involves complex decision-making and problem-solving, which engages different parts of your brain than many other activities do. The constant interaction leads to greater concentration, improved memory, and improved problem-solving abilities. Now, whether or not there are changes to your brain chemistry when you play isn’t clear, but research has shown that people with Alzheimer’s who played a few games a day had a delay in cognitive decline by six months.

You Don’t Need Much to Play

All you need is a chessboard and some friends. That makes it easy to get started. If you don’t have any friends who play chess, you can also start playing online. Many free sites let you play against opponents from around the world with varying skill levels.

Chess Is a Social Activity

Chess provides an excellent chance for people to get out of their homes and connect with others. While it doesn’t require moving around, playing chess has many benefits for otherwise isolated elderly. People can also play chess online, which allows them to interact with other people while staying in their homes. Playing chess is a great way to gain social benefits while staying in shape mentally and physically!

The Game Is Fun

Many people worry that they’ll be bored if they become part of a chess club. The truth is, you don’t have to join a club to play chess. It’s a fun game, and if you decide to join a chess club, other people will also be anxious to learn how to play. Additionally, many centers offer free or low-cost chess clubs for members in their area. If you’re nervous about becoming bored when playing chess, try it out and see what happens! As long as you’re surrounded by people who enjoy playing chess, you won’t notice time passing by while playing against them or with them.

Stress is something that can come in many forms. It can be related to your personal life or even both. Staying busy and stressed is a normal part of our lives now. There are so many things to do each day, there are so many choices every day, and it all adds up quickly. Playing chess is one way to relieve stress because it puts you into a calm state of mind where you must only focus on one thing at a time.

Helpful Downsizing Tips For A Move To Senior Living
January 20, 2022